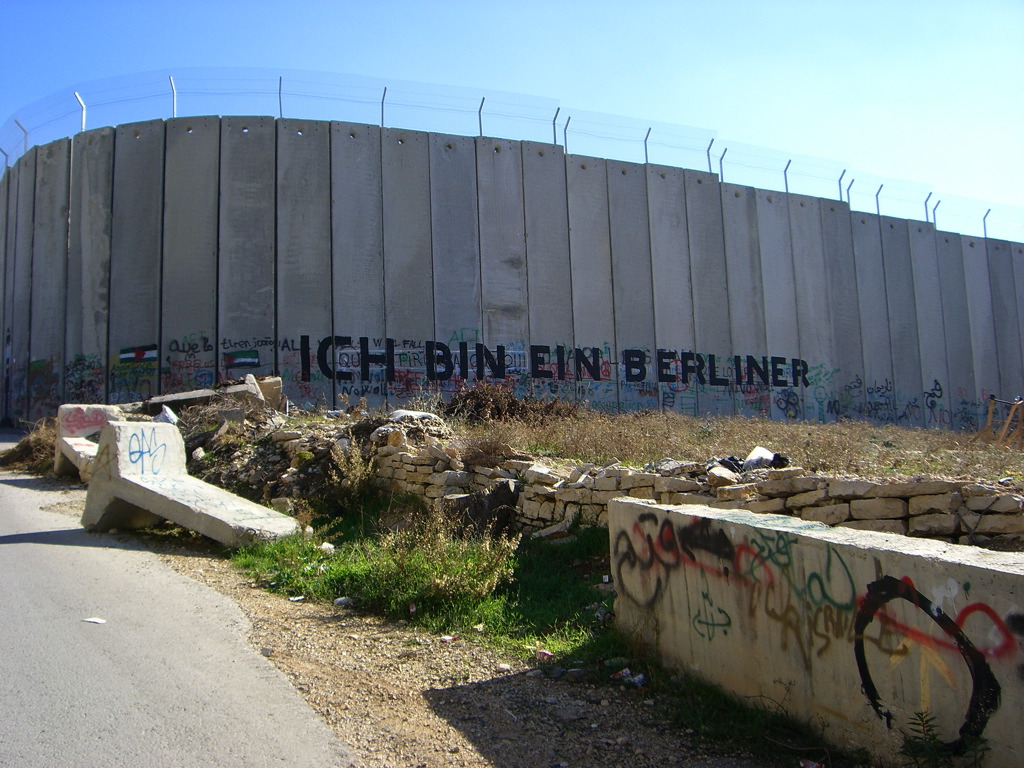 Ever since I came across the article that said that the American administration in Iraq is building a wall to separate the various factions in the Anbar province, the various ‘walls’ that have sprung up in the world before came into my notice..Well before this banter gets off…Wikipedia tells that a wall is a

‘………is a usually solid structure that defines and sometimes protects an area. Most commonly, a wall delineates a building and supports its superstructure, separates space in buildings into rooms, or protects or delineates a space in the open air. There are three principal types of structural walls: building walls, exterior boundary walls, and retaining walls….’

World over we have seen different walls springing up in different parts of the world..some for protection purposes, some purely divisive and some general purpose…Nothing has fascinated me like the Great Wall of China too….but the walls that divide people are the ones that intrigue me and the basis for this article.!
The Berlin wall was conceived by the East German administration of Walter and approved by Soviet leader Nikita Khruschev it was built during the post-World war 2 period of divided Germany, in an effort to stop the drain of labour and economic output associated with the daily migration of huge numbers of professionals and skilled workers from East to West Berlin, and the attendant defections, which hurt the Communist bloc economically and politically. Well effectively it did was divide the people of Germany for one full generation till its fall in 1989. Germany has grown stupendously ever since.

Does walls work? The walls built by Israel separating the Palestinians from the Israelites long time back..Oops! it wasn’t a wall, fence..whatever….Well the purpose the fence was built was to make sure that the attacks on the Jewish settlers reduce…did it ? it hasn’t…! Americans building another wall in Anbar province…to protect whom ?

So far I have discussed about the physical walls that separate people..For a moment let’s go to the basics. Human beings anatomically are the same with each species both male and female with identical features neverthless to say…and human beings are born for inter-dependance. Has it been the case in today’s world? The mental walls between the people are too great..We live in a world of stereotypes…Either you are black/white, christian/muslim, sunni/shia, roman catholic/protestant, indian/arab/english….whatever..at what cost…Look at Africa…We have been too busy stereotyping ourselves that, a continent of lost people inflicted with diseases and poverty…who is responsible ? A choking mother nature, broken families….humor seems to have lost its worth! We see people everywhere struggling to make a mark in life…Work and work..all the money we earn is just not enough to satisfy our needs…spiritually we are drained..going from one god to another..what’s the use…still we are inside newer walls?

It took East Germans a generation to understand their folly…Today the progress of Germany is astounding…Bring down the walls that bind us..We need a society of people minus stereotypes…Where man thinks alike, where each man learns to respect each other for what we are and not what we can become..

The Israelites went around the wall of Jericho for seven days, shouting praises to God…the seventh day, the wall fell…When will we go around our walls of despair ?

I have tried to do the best in every circumstance that I have been thrown into. Blogging is one of them. View all posts by tennythomas